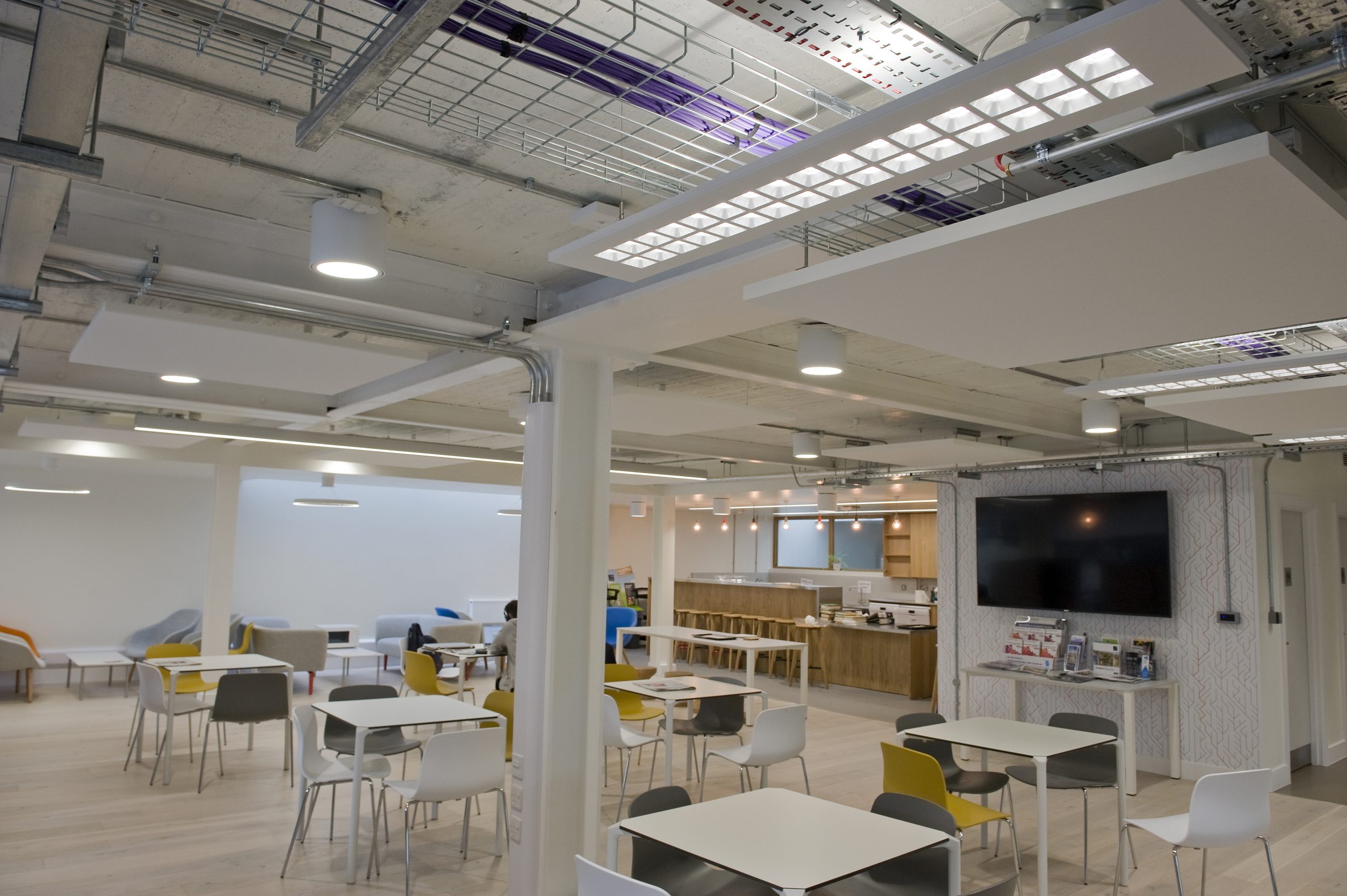 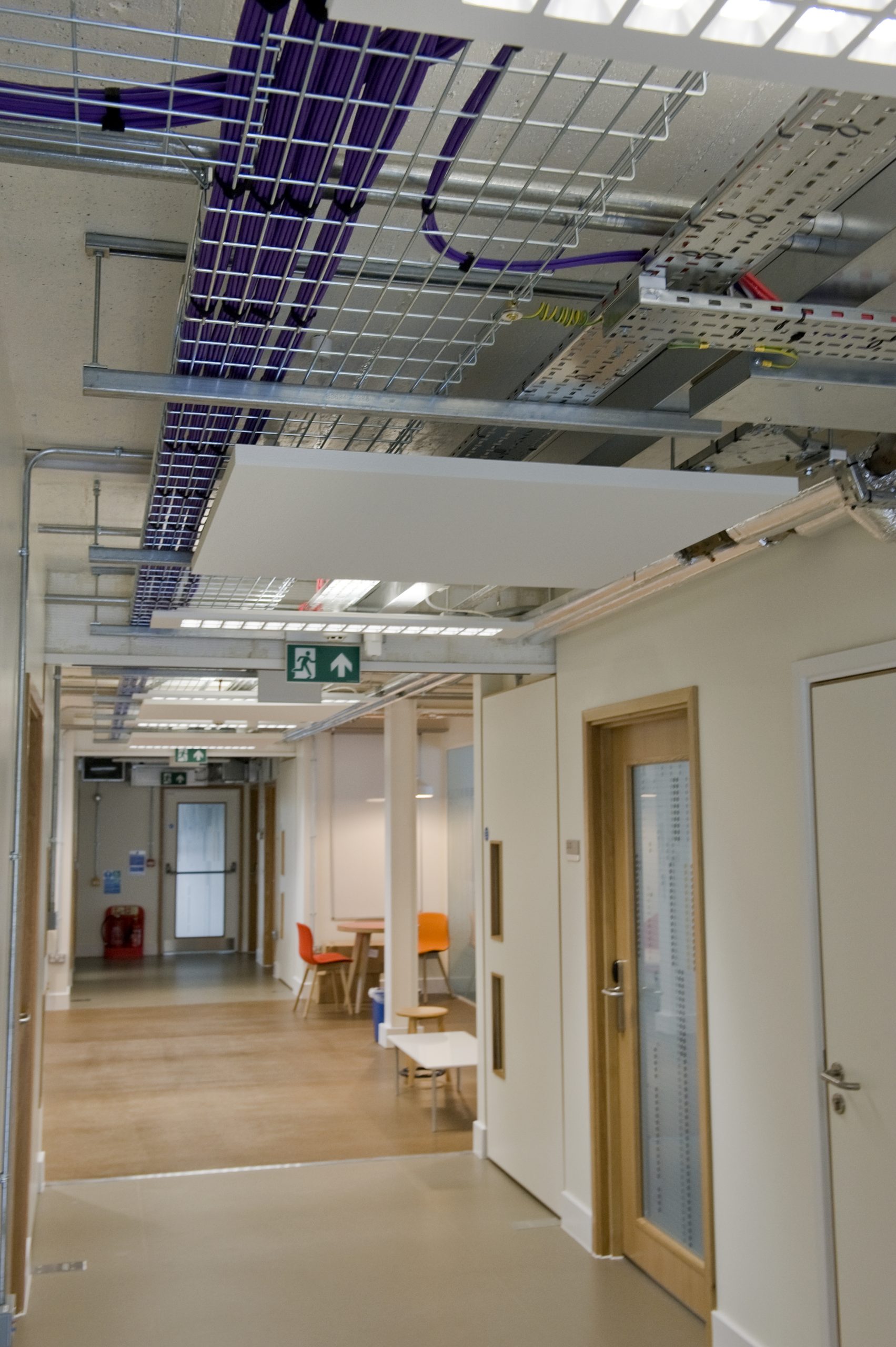 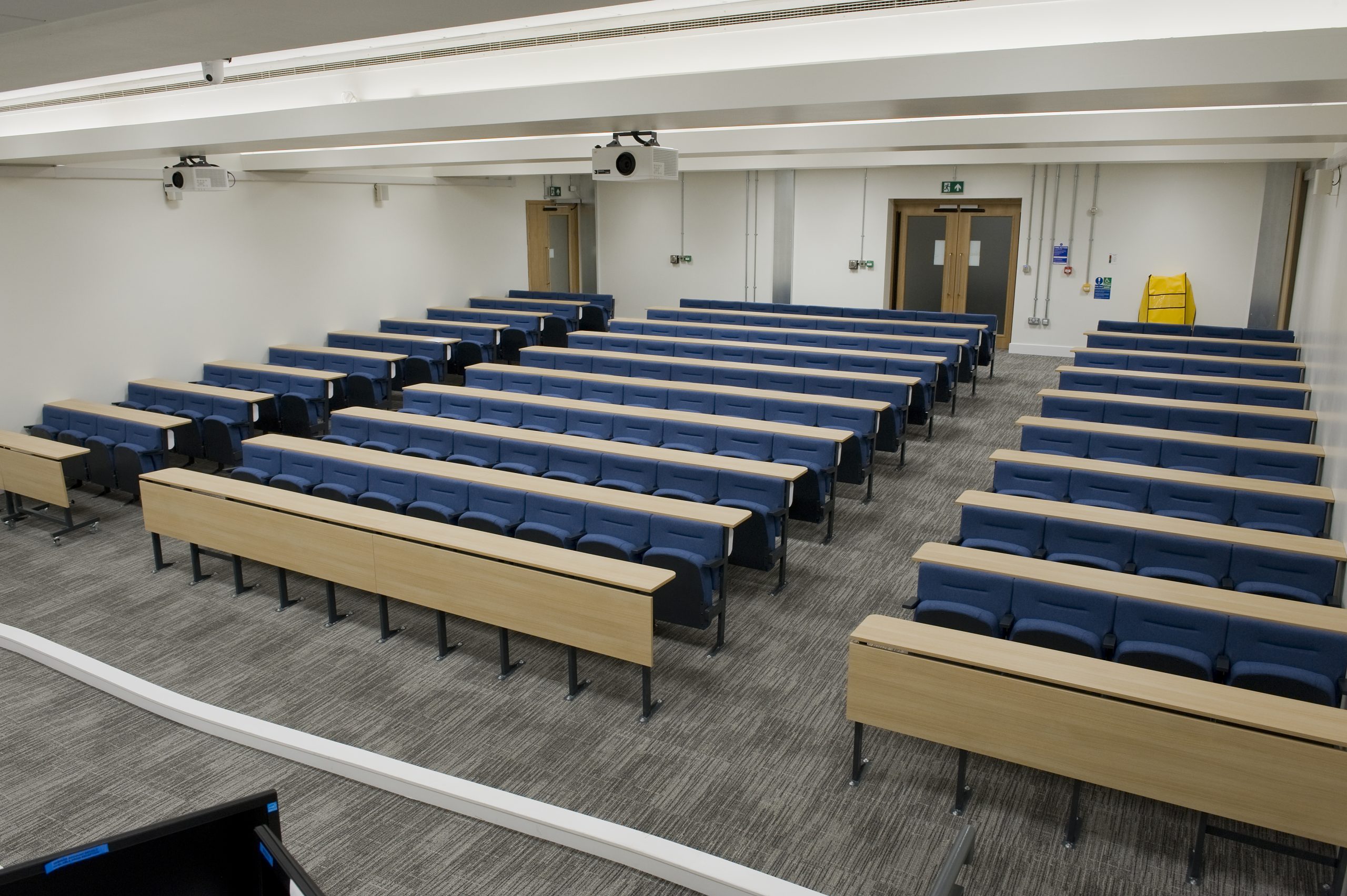 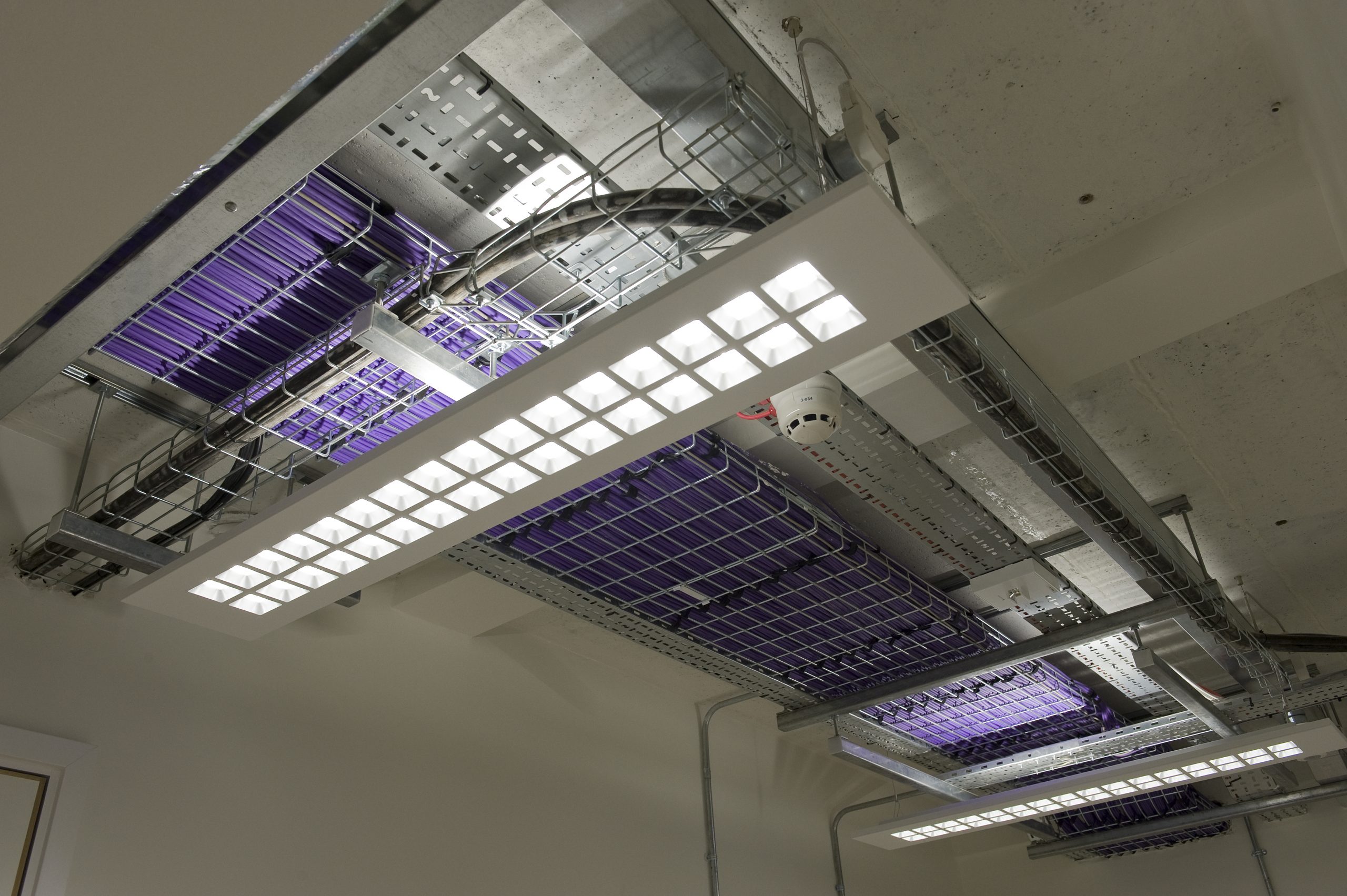 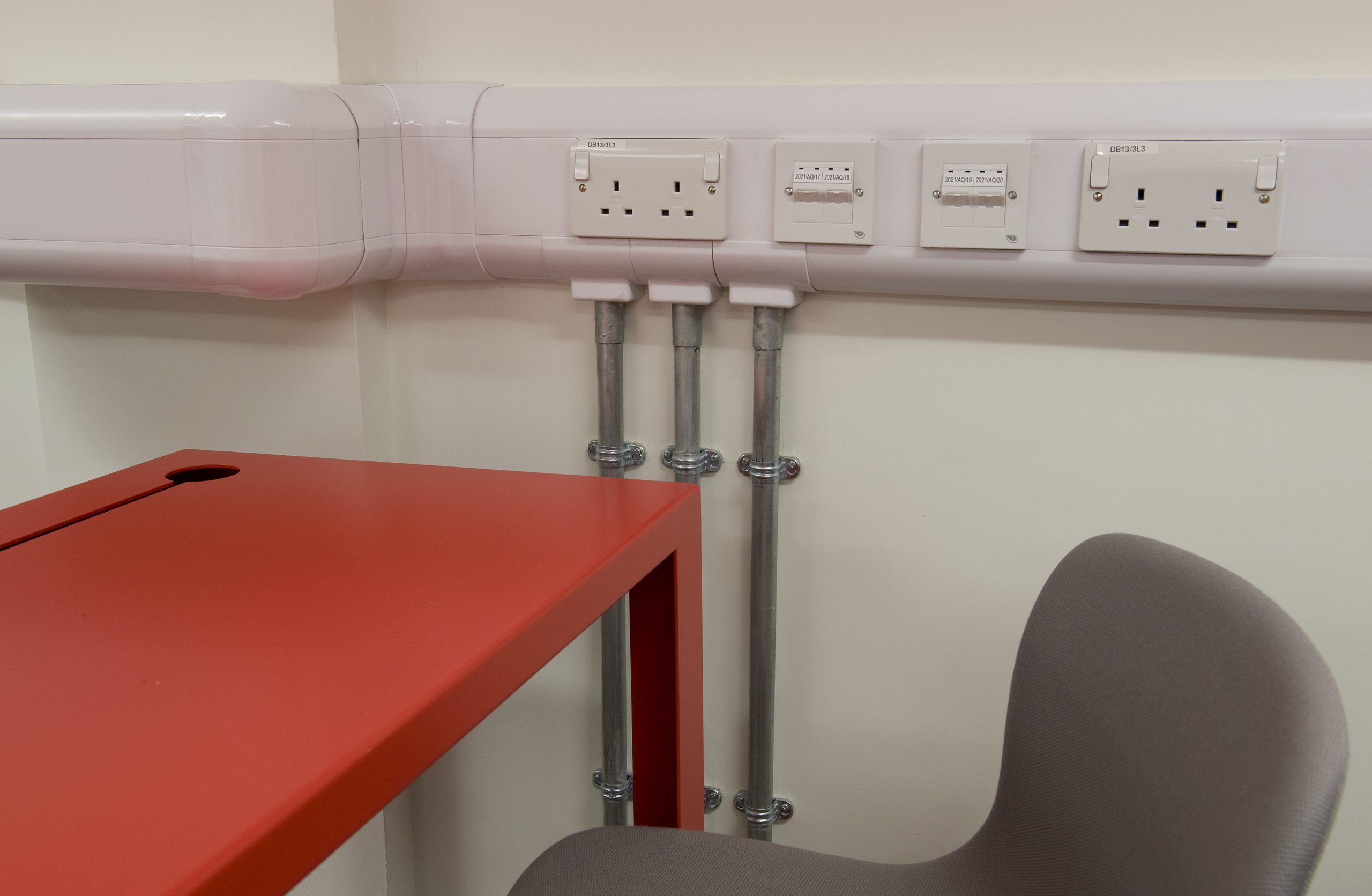 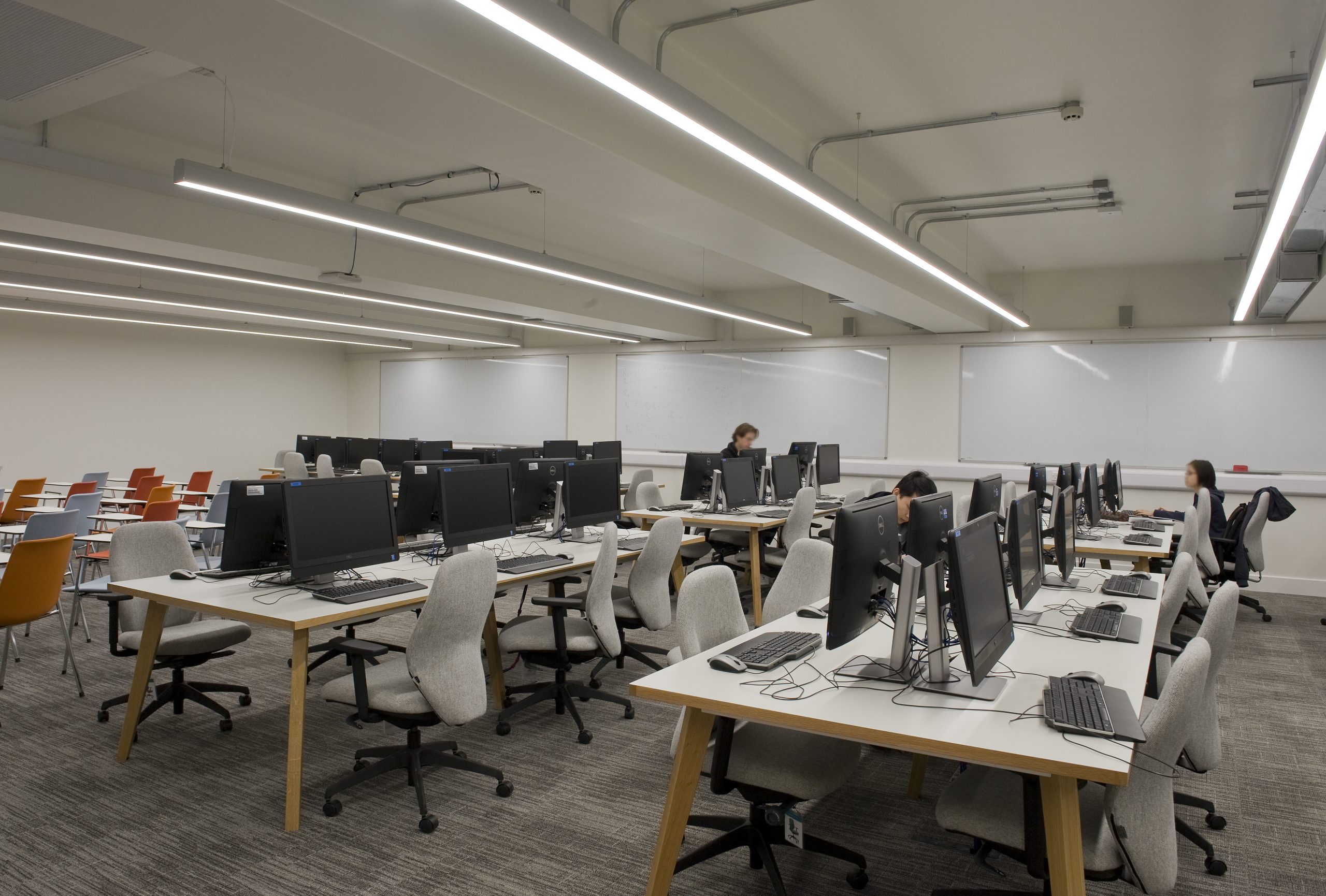 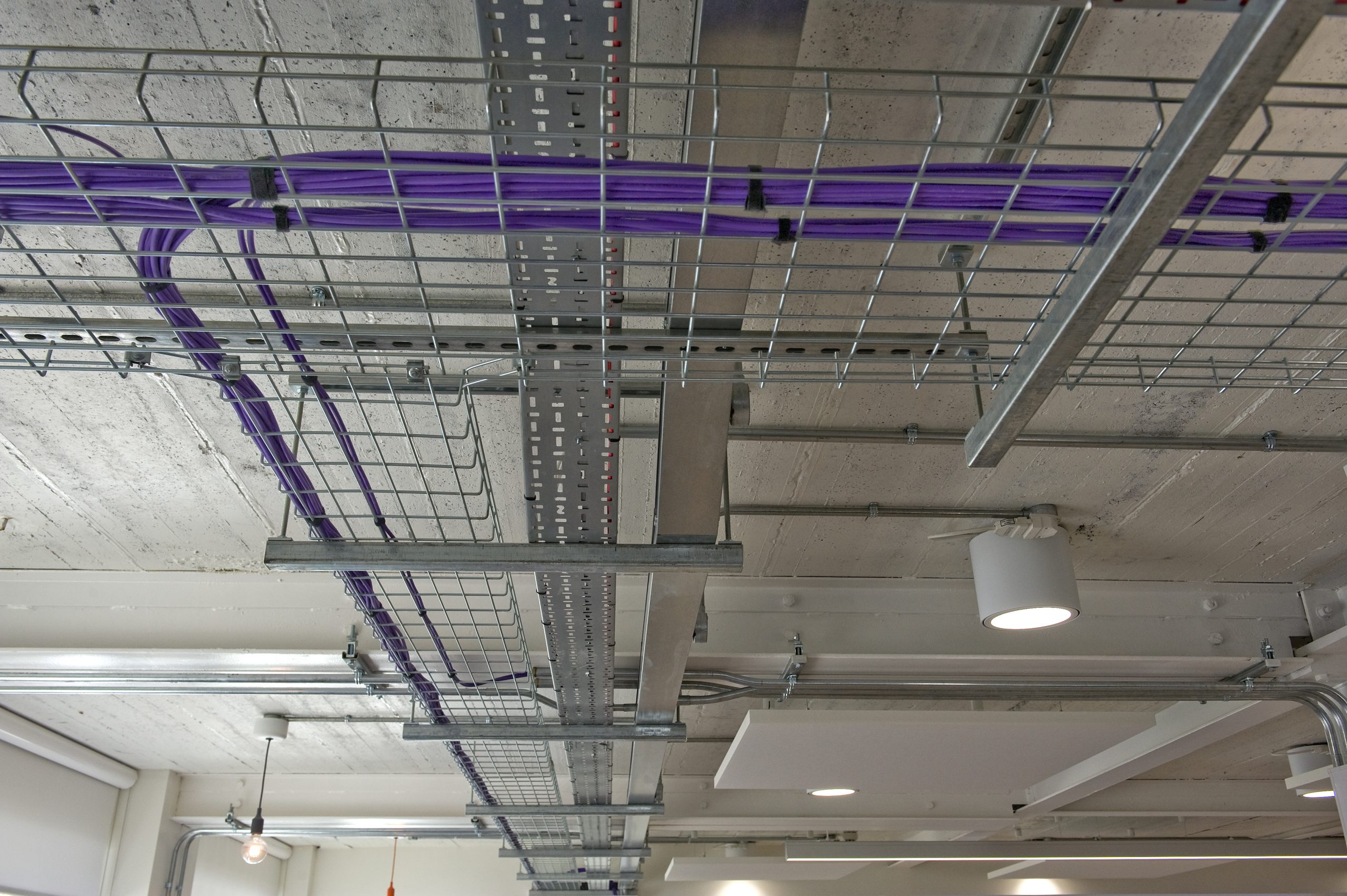 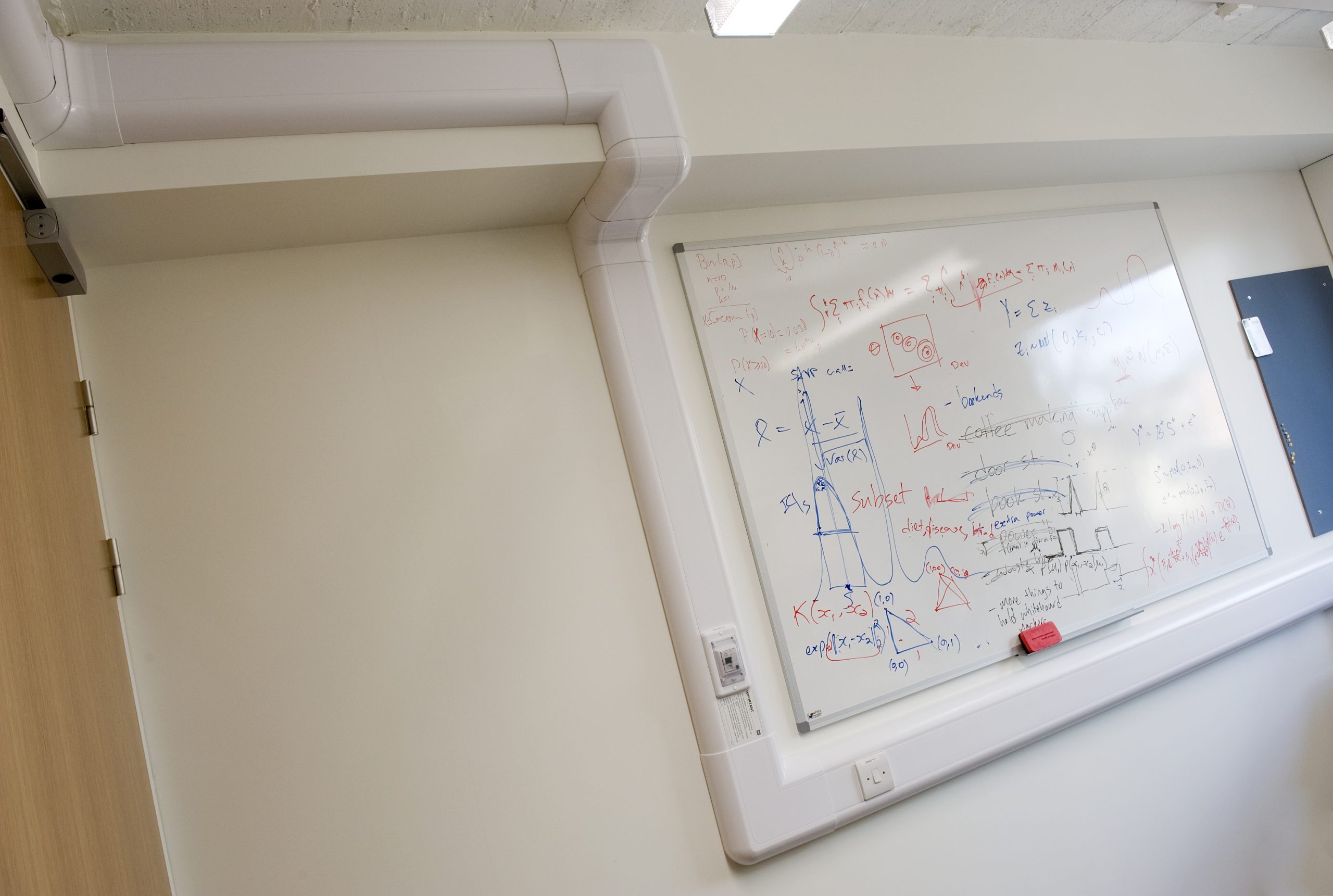 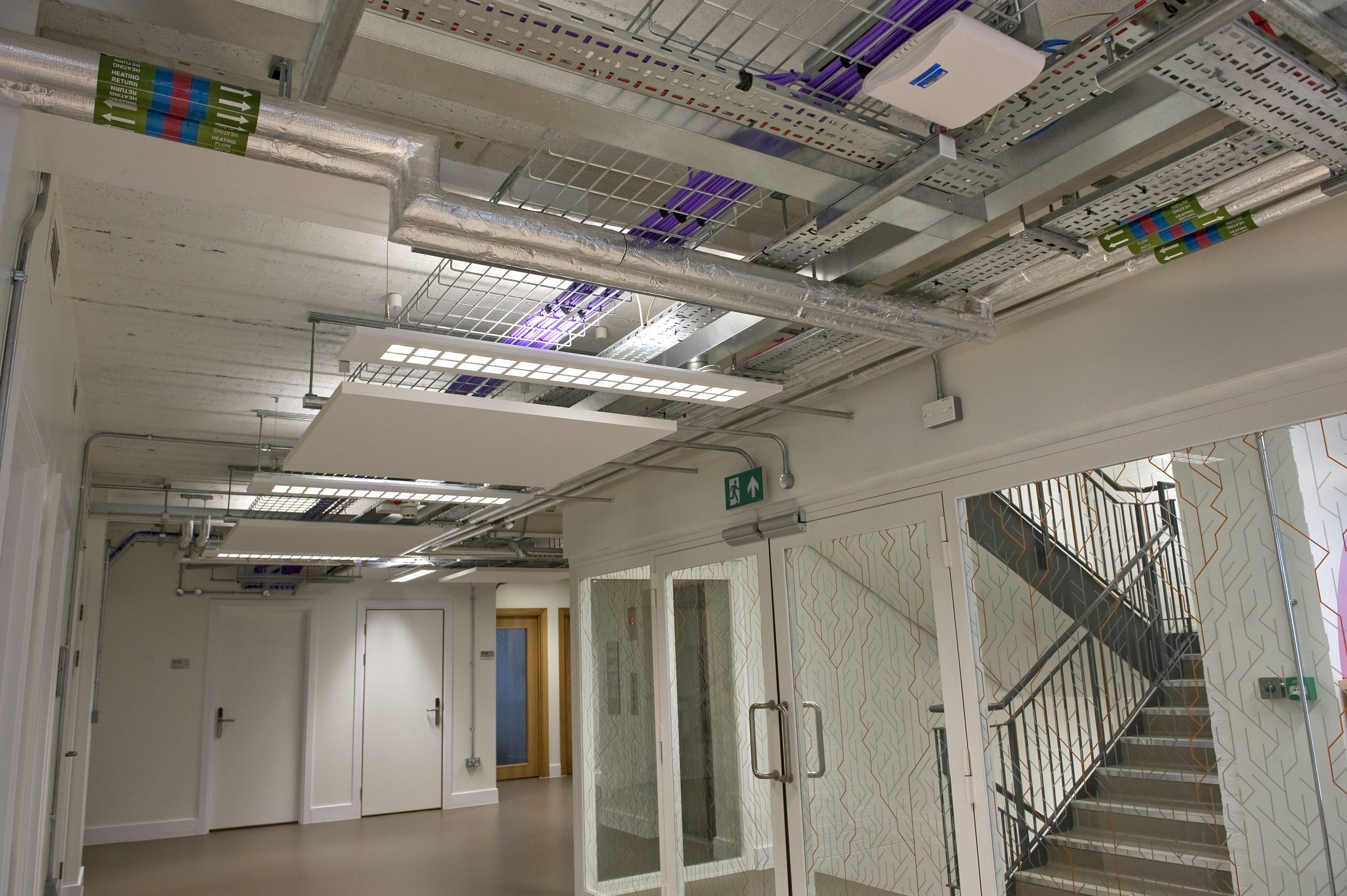 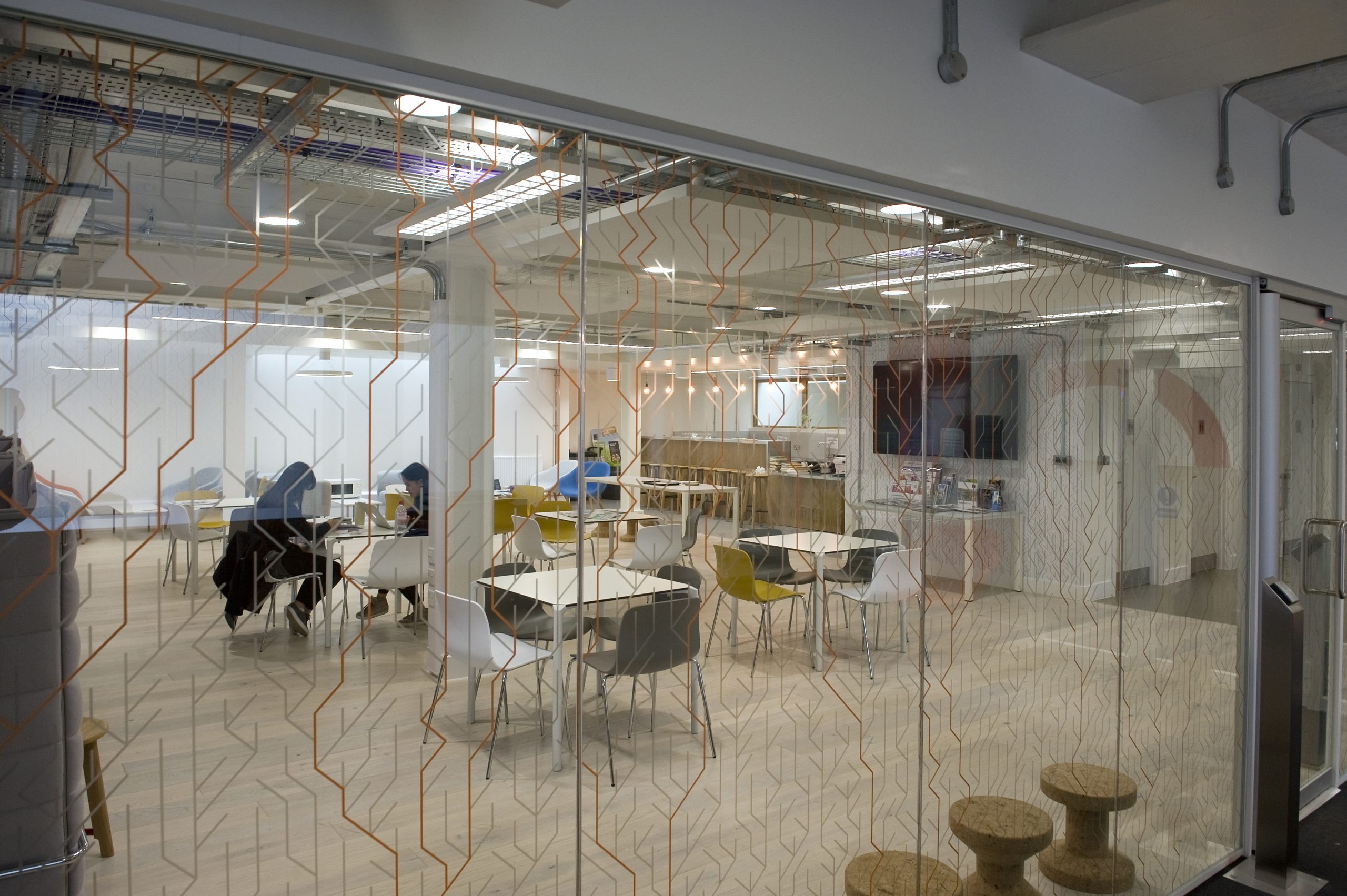 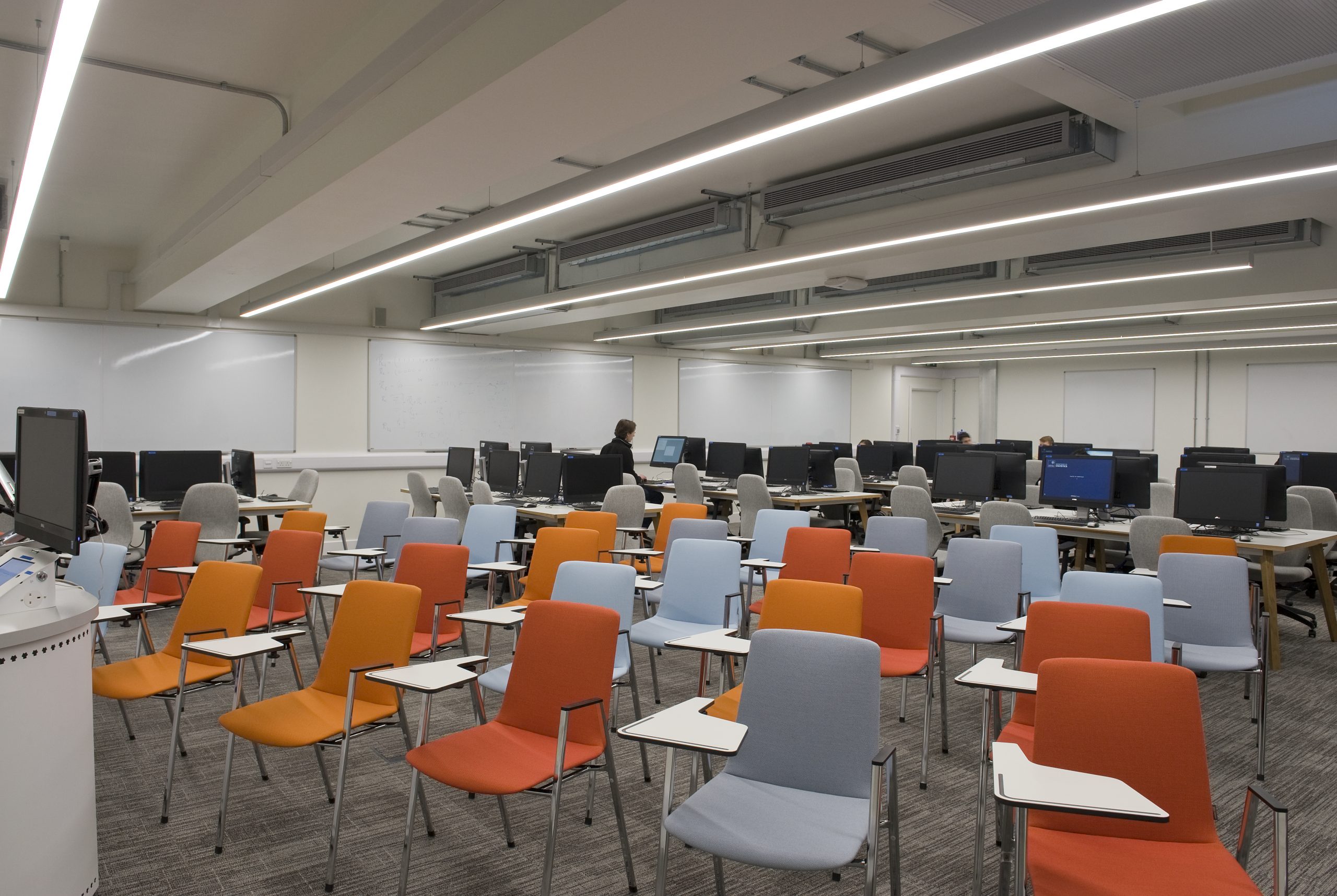 The building was formerly used to house the University’s Mathematics department,. Although not listed, the building was built in the mid-1960s so a sympathetic and wide scale refurbishment was needed.

Strict scheduling meant that that the Monard team had to work alongside other main trades within a seven month programme. The first major Cat 6A installation for Monard, the contractor install and completely new metal containment scheme, power, lighting, emergency lighting, fire alarm system, access control, and trunking to meet the complex specification.

Richard Francis, Project Manager at Monard, said: “Monard Electrical has a strong background and extensive experience working within the higher education and listed building sectors and has been involved with many University projects through the years.

“This has been an interesting project for us in that it’s our first major Cat 6A installation. The building was pretty vast and the new containment had to run throughout the entire building. Due to the nature of the department, high levels of data/bandwidth was essential.

“Most businesses are still choosing Cat5e or Cat6 as these systems are perfectly adequate for most current applications. Those that look at Cat6a do so for future proofing purposes. If the cabling system is five or more years, Cat6a should be considered. If the planned lifetime is ten or more years, Cat6a should be the over-riding solution, even for relatively low performance users. Whilst we have seen Cat6a largely in data centres, there is a slowly shifting trend towards Cat 6a as people consider the long term as an increasingly important factor.”

Aesthetically, the architect’s vision was to create an industrial feel to the Statistics building and left the overhead cabling exposed. This also served to give the building a greater sense of light and space.

All of the services were exposed in the Statistics Building using galvanised cable Basket, Tray and trunking. This feature was retained throughout and whilst making little difference to our approach to the installation, it did affect our scheduling, working around other trades. Plasterers and decorators needed to finish their scope of works before we could begin the install which was managed with lots attention to logistics, communicating regularly with the project manager and other trades on site.”

This was a large scale project with a value of £1 million. At one point we had 18 electricians working at the project with 5 of our apprentices. We managed to complete the project on time and ready for the new academic year.

This has been a fantastic project to be involved in. The Monard team have carried out the work in rapid time ready for the students to relocate in January this year.